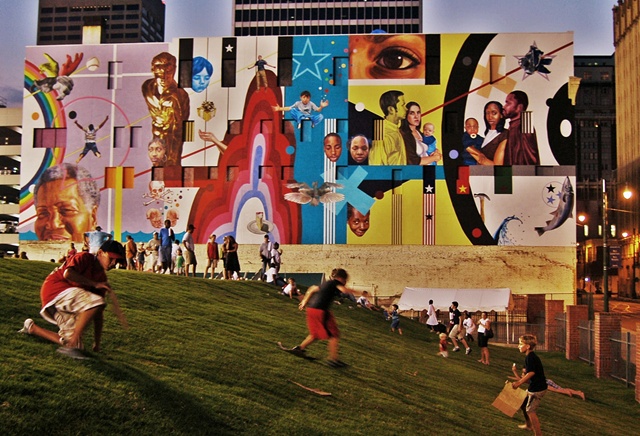 [ Redbirds Baseball Stadium ] Cardboard surfing really is the most popular past time for kids during the game. The great mural in the background, commissioned by the UrbanArt Commission, is "A Note for Hope" by Jeff Zimmerman. This photo was also submitted as a part of the UrbanArt Commission website. / The Redbirds are currently playing home games until this Thursday.
Posted by Unknown at 1:00 PM No comments:

[ Court Square ] The stylish audience listening to the live music in front of me.
Posted by Unknown at 6:00 AM No comments: 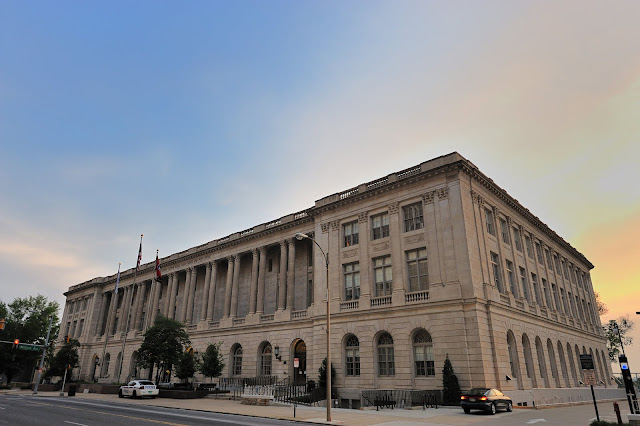 [University of Memphis Cecil C. Humphreys School of Law]  When I went to law school at U of M, the old on-campus building was cramped, poorly designed, and constantly flooded.  This building, originally built in three stages between the 1880s and 1929, served as the U.S. Customs House, Federal court house, and Post Office over the years.  Creative and adaptive reuse by the U of M made it the majestic new School of Law, which opened in January 2010.
Posted by Chip Chockley at 1:11 PM 1 comment:

seen is a collective street photography blog of Memphis, Tennessee. Collectively, we hope to give you an inside look into the culture of the city, to really see the city, through various styles of imagery. Please feel free to email us at the address below.